Home • Girl Boner • 4 Lessons #GirlBoner Has Taught Me So Far

As you may know if you follow me on social media, I recently signed a book deal with Amberjack Publishing, an incredible team I am so jazzed to be working with. (Major Girl Boner, obviously!)

I thought I’d celebrate blog-style today by sharing a few of the biggest lessons my GB journey has taught me so far. Thanks for being a precious part of it!

You don’t need to know the details before going for your dream.

I’m sure we’ve all held ourselves back at some point for fear of the unknown. Thankfully, Girl Boner® has been an exception for me.

I knew one thing when I launched it on my blog over 4 years ago: I had to talk about the term and all it stood for, preferably as widely and loudly as possible. Being a writer, I of course foresaw a book. But with no sexologist-type credentials, blogging with hopes of creating a platform seemed like a wise first step. I did, after all, have experience, and a near obsession with investigating the subject matter.

Little did I know how much my life would change when I published that first blog post. That it would be years before a spree of publishers, including the one I signed with, would take interest. Or how much growth in a multitude of directions I hadn’t imagined would take place in between. 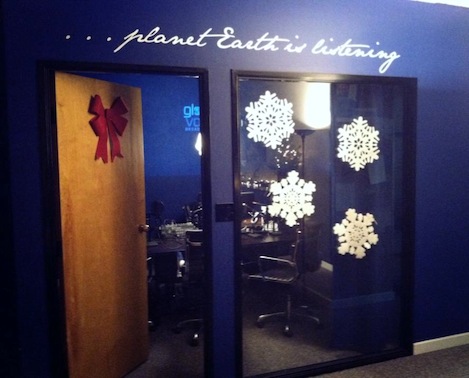 When we keep moving forward, staying open to possibilities without fixating on the particulars of our desires, life might just surprise us in crazy beautiful ways.

Some challenges mean you’re on the right path.

Granted, some challenges mean we’ve made bad or brash decisions or are dealing with a douche bag. But there’s a big difference between resistance that strengthens us and red-flag roadblocks.

Nearly every guest I’ve interviewed on Girl Boner® Radio who has cultivated empowerment did so against marked odds. The trafficking survivor who became an esteemed actress; the Olympian turned mental health advocate who was diagnosed with bipolar disorder after being outed as a high-end escort; the holistic healer who went from an abusive childhood to becoming an empowered transgender woman and practitioner.

Even on a smaller level, this holds true. Securing my trademark turned out to be a lengthy battle, for the very reasons such a term matters. *cough cough, sexism* My tame artwork was considered “too vulgar” for some platforms, because of the context (women’s sexuality). An entire writers’ conference had to find a new location because I and Velda Brotherton were slated as speakers. I learned quickly that even the most frustrating cases were also affirmations.

Sometimes meeting resistance means we’re  onto something that matters.

It’s up to us to kick the door down.

(And trust me, there are countless more supporters, than naysayers, who want to cheer you on.  They will follow you right in, and throw a “WE DID IT!” party.)

She’s spot on about countless things, this included: The truth will set you free, but first it will piss you off.

This activist battle cry, frequently attributed to the feminist icon, summarizes my personal Girl Boner to a tee! My husband used to say I was “getting the fire” as my eyes bulged, seconds before my voice crescendoed and I started stomping around the house, peeved about some sort of societal injustice or damaging myth. Now all of that serves as fuel. (And everyone around here now sleeps better! Whew. ;))

Here’s something I seldom say about anything, much less an entire year. Last year rather sucked for me. While there were blessings, as all dark times seem to have (and dang, are they important then), it was one of the most personally trying years I’ve ever had.

Then the election happened.

Please join me in a moment of silence.

The other details of my suck-year aren’t important, but here’s what is: Working through the hardship strengthened me. I got through it, came out largely unscathed and not once did I back down from Girl Boner. In many ways, it was my saving grace.

I don’t believe horrible things have to happen for joy to follow, or that all hardships, especially tragedies, bring rewards. But I do think we can give meaning and purpose to the struggles in how we react to them. We can do our best, take care of ourselves, remain kind to others and never, ever give up.

What have your dream projects taught you? Would you like to see more Girl Boner journey-type posts in the coming months? I LOVE hearing from you.